First Canada got Target, then Target leaves.  It’s ok.  I was mildly excited to see what they had to offer in the begining, but after realizing that a) they’re mostly just another Wal-Mart, and I loathe (though still shop at, sigh) Wal-Mart.  and b) they decided to never re-stock shelves or keep stocking stuff that was actually cool, which rendered me frustrated as heck!

Still, I found a few cute things there like this grey dress, which I’ve been wearing a ton these past few months.  It’s stretchy but doesn’t look it, which I love.  This look is a go-to for me for running errands, working from home or even networking like in the last pic.  So yeah, Target was ok…but sad to see them go I am not. 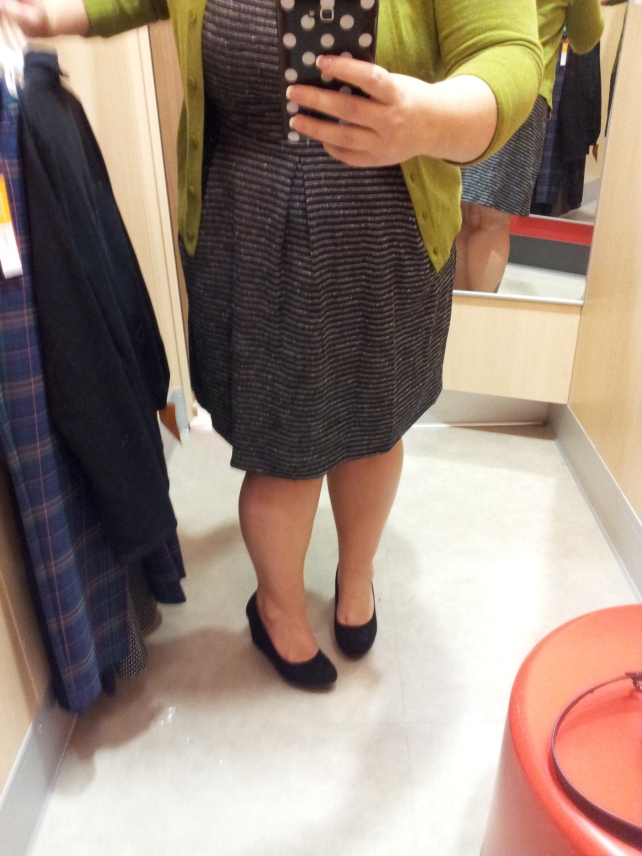 A personal style blog by an average girl who believes that style speaks louder than we do.