I’ve been thinking of doing this post for awhile, and oddly enough I haven’t seen any other style blogger do it.  Not that I know what every style blogger does, but you know, in my sphere no one talks about this.  It could be because magazines feature fashion/style bloggers often and no one wants to badmouth them in case they get asked to be in one.  Fortunately for me, I can guarantee I’ll never be asked: ha HA!

When I was a teenager, I had a subscription to Seventeen Magazine, and OH LORDY I loved it.  To me, a magazine wasn’t filled with images of impossibly thin girls wreaking havoc on my self-esteem: it was filled with ideas.  Ideas about fashion, about how different girls lived and thought and went about their lives…it was like a window into the lives of all these other women whom I wouldn’t know existed otherwise.  Seventeen used to have this feature where they’d go to a high school and takes pictures of all different kinds of students, and I LOVED it.  I still remember this picture of a girl in jeans and a t-shirt blowing a bubble, and it was so good, I just stared at it forever wondering who she was and what her life was like.

So I guess what I look for in a magazine is that same idea: I want to feel connected and inspired.  These days with so many fashion magazines, I’m finding it harder than ever.  Here are some popular fashion magazines and what I think of them right now.  Hold onto your suede booties.

1) Lucky: Used to be awesome, but now it’s not.  When Lucky first came out, I was overjoyed.  It used to be about street style, shopping, and working pieces in different ways: who doesn’t love that?  Now it’s gone the way of arty pictorials and adds.  Translation?  Useless.  I bought my last one a couple weeks ago.  No more, Lucky! 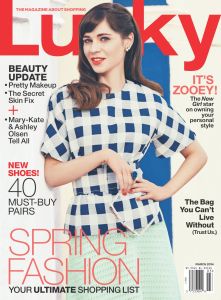 2) People Style Watch: Used to be rare, but now it’s not.  This was a special edition way back when that came out a couple times a year, and now there’s a new one every couple of months it seems.  I felt like before it was a collection of current styles, but now it’s a catalogue which is pretty icky, you guys.  Magazines get paid to feature product, which is why they seem to always have stuff from a particular brand that advertises within their pages.  That’s not just People of course, but People seems to have stopped trying to hide it, which I find kind of rude, you know?

3) Vogue: Advertisements.  Do you want to pay to be advertised to by companies who make things you maybe can’t (shouldn’t) afford, and look at super weird spacey pictures of styles you can’t (definitely shouldn’t) wear so you can feel kind of artsy and not quite good enough?  Then buy Vogue.

4) Glamour: Yum.  My fashion go-to when I also want to read stuff.  I still like Glamour, because I get the idea from them that being an actual human is still ok.  There are practical style sections as well as fashion pictorials, and when you get tired of just browsing, read an article!  For a plane trip this is a good choice. 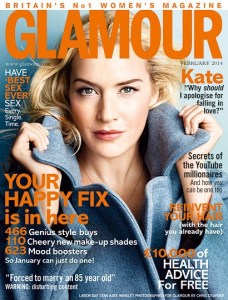 5) In Style: Guilty Pleasure.  The guilty part comes from the celebrity parties section, which fills me with a modicum of self-loathing because being into what celebrities do is not something I’m proud of: but there it is.  This magazine does have all the style you could want though, in many palatable forms. 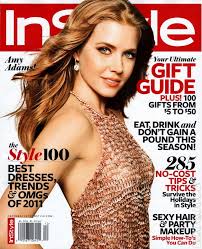 6) LOULOU: Hazaa!  This is the Canadian Lucky Magazine, only it hasn’t sold out yet.  It shows real pieces you can actually BUY, is inspiring and practical and I love it.  If it had more real people talking about their own style in there, I’d dub it my next Seventeen Magazine, but…you can work on that, LOULOU!

Which are YOUR favourites?  Which do you loathe?  Let me know in the comments below!

2 thoughts on “Fashion Mags: The suck and the less suck”

A personal style blog by an average girl who believes that style speaks louder than we do.